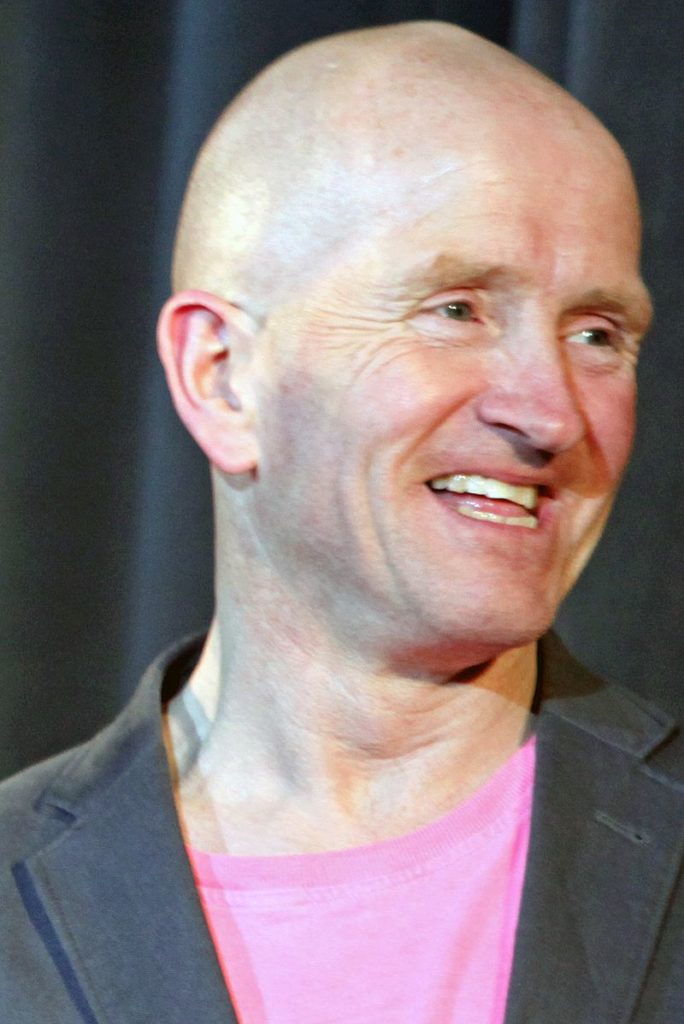 Michael Edwards, known as 'Eddie the Eagle', shot to fame in 1988 when he became the first competitor to represent Great Britain in Olympic ski jumping since 1928. Despite finishing last in both the 70m and 90m events, he won the hearts of millions and became one of the best loved athletes of the games.

A former downhill skier who narrowly missed out on being selected for the British team at the 1984 Games, Edwards decided to switch to ski jumping as there were no other British competitors to battle with for a place. He trained in Lake Placid, New York, but the odds of achieving success were not in his favour: he was significantly heavier than the other competitors; he lacked financial support and his glasses were prone to misting up! However, he went on to represent Great Britain in 1987 at the World Championships, and was ranked 55th in the world. This performance resulted in him achieving his Olympic dream - it qualified him as the only British applicant for the ski jumping competition at the 1988 Winter Olympics in Calgary.

His lack of success at the Olympics endeared him to audiences around the globe - the public simply loved his spirit and attitude. He quickly became a celebrity and, as a result, became a talking point on many talk shows and other media outlets. He even received a special mention at the closing ceremony from the president of the organizing committee. This widespread attention was something of an embarrassment for the ski jumping establishment and shortly after the games finished the entry requirements were tightened up.

Following the 1988 Olympics Eddie continued to train and made considerable advances in his performance, but unfortunately did not qualify for the 1992, 1994 or 1998 Olympics. Following retirement from ski jumping he became a keen amateur speed skier, becoming the ninth fastest in the world.

Eddie's massive popularity means that, even years after Calgary, he is still greatly in demand at events in the UK and abroad. He was a torch bearer for the 2010 Vancouver Olympics, has appeared in numerous advertising campaigns, and has even released a book: On the Piste. In 2013 he won the first series of the celebrity diving show Splash, and in 2014 he commentated and worked on Channel 4's show The Jump, which followed celebrities as they attempted to master a number of different winter sport disciplines.

In 2015 the biographical comedy-drama film about his journey to the 1988 Calgary Olympics was released starring Hugh Jackman and Taron Egerton.

Eddie is an engaging after dinner speaker - his unique story of how he overcame adversity and never gave up on his dream will inspire and motivate any audience.