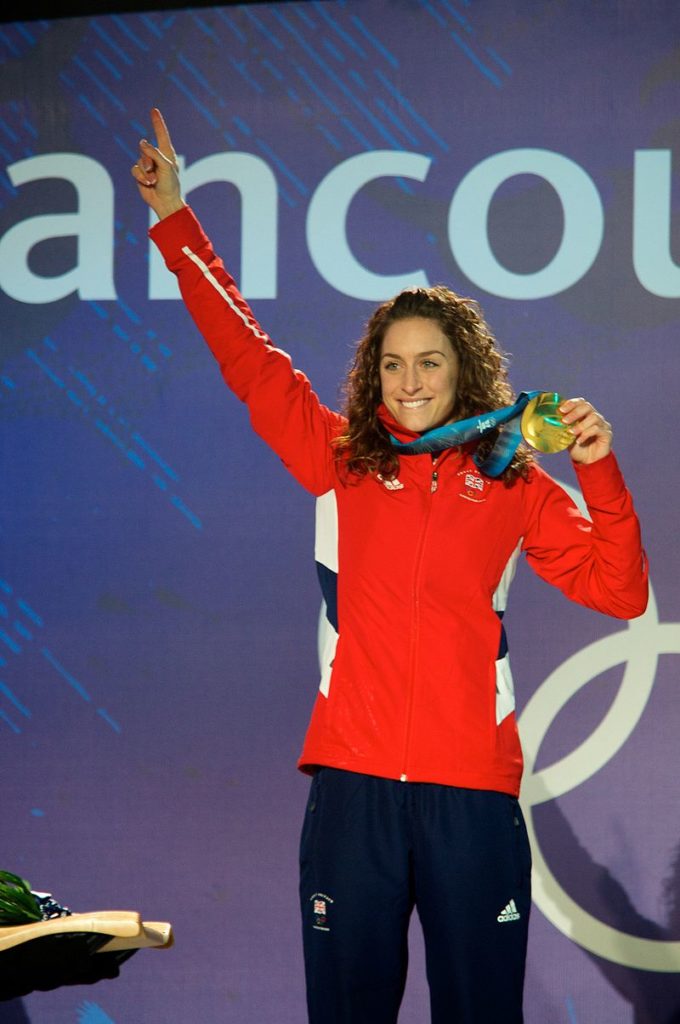 Former skeleton racer, Amy Williams won the hearts of the nation when, in 2010, she became the first person to win an individual gold medal for Team GB at the Winter Olympics since Robin Cousins thirty years before. It was also the country's only medal at the Vancouver Games.

Born in Cambridge, but brought up in Bath, Amy was originally a 400m runner. However, in 2002, after failing to qualify for the national athletics teams, she decided to try out the new bobsleigh and skeleton push-start training facility at the University of Bath where she was a student. Finding the experience both enjoyable and exhilarating, she went on to join the British skeleton development programme.

Demonstrating a considerable talent for this discipline, it wasn't long before she was experiencing a great deal of success at the highest level. In 2005 she came second in the World Student Games and the World Junior Championships, and in 2009 she won several World Cup medals and a silver at the World Championships.

Amy realised her Olympic dream when she was selected to represent Great Britain at the 2010 Winter Olympics in Vancouver. She wowed the crowds, broke the track record twice and won gold with a margin of more than half a second.

Since retiring from the sport, Amy has become a familiar face on television, working as a presenter on the iconic BBC2 show Ski Sunday, as well as presenting Channel 5's The Gadget Show. She has also been part of the BBC's presenting and commentating team providing coverage of the Winter Olympics.

In 2010 she was awarded the MBE for services to sport.

Amy is an excellent after dinner speaker who is able to draw on her own personal experiences to deliver keynote speeches that engage, motivate and inspire the audience.