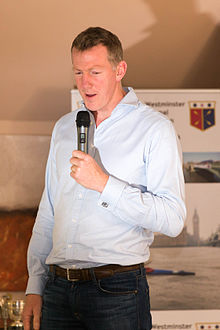 A former competitive rower, Ben Hunt-Davis won gold as a member of the men's eight at the Sydney Olympic Games in 2000. He also competed in the Barcelona and Atlanta games, and in 1999 he won a silver medal in the World Rowing Championships.

The GB Eight's journey to success had not always been an easy one. In 1998, following a run of disappointing results, the team questioned what they could do to improve their finishing position. A change of approach led them to critically evaluate all aspects of their training with the question 'Will it make the boat go faster?'. This analytical method led them to develop a series of techniques that ultimately resulted in their triumphant win at the 2000 Olympic Games.

Ben went on to co-write the book Will it Make the Boat Go Faster?, which illustrates how a similar approach can be applied to both the business world and life in general. He works with his colleagues at a leadership development company, and has forged a successful career as a keynote speaker. His inspirational story makes him an excellent choice as a motivational after dinner speaker.