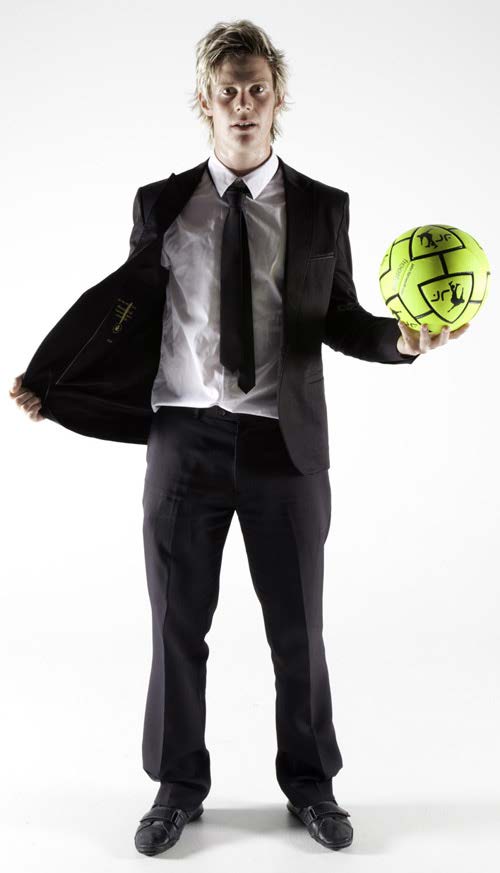 John’s amenable personality and personable attitude & approach to children & adults alike have made him
popular Worldwide. Growing up with a football ‘glued’ to his feet and after playing football up to a semi
professional level, John realised his true focus and vision was within the art of football freestyle. His ñrst
mentor and inspiration came from Simon Cliöord – founder of the world’s largest franchise in FDS – Brazilian Soccer Schools and owner of Garforth Town Football Club. Simon’s book ‘Play the Brazilian Way’ inspired John to research further the fabulous skills we very often see from Brazilian and other foreign players and it was after seeing the founder of this art Mr. Woo in action that spurred him into putting hours of practice into making him the true professional he is today. John is regarded as one of the best football freestylers in the world and holds both the World & European Championship titles. As well as deñning his skills through the global Brazilian Soccer Schools network, he now regularly, using his array of amazing skills and entertainment qualities, promotes football organisations and corporate brands world over.

John has developed his own unique style and his own individually choreographed freestyle routines through years of dedicated training. He will train in excess of 40 hours per week in order to maintain, perfect and improve on his already exceptional complex and stunning displays for TV shows, advertising and promotional campaigns, stage shows and corporate events.

The organisations John has worked for are plenty and include: BRAZILLIAN SOCCER SCHOOLS, MANCHESTER UNITED FC, IRISH FA, NIKE, E-ON, FIFA, GUINESS, BMW, NHS, BLACKBERRY, ORANGE, PRINGLES and so on.
As a result of his loyalty, reliability, professional and quality performances has forged excellent relationships with everyone he has worked for and whilst he has earned the respect from large organisations, he has thrilled children around the globe during his many visits to schools where he performs, carries out freestyle workshops and presents motivational talks.