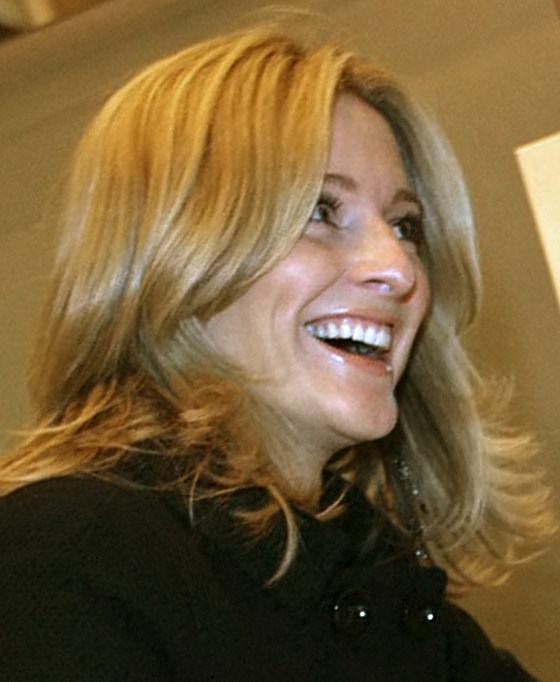 Former international rhythmic gymnast, Gabby Logan was one of the first women to conquer the male dominated industry of football presenting. She has appeared on our TV screens for more than two decades, working on shows across the BBC, ITV, Sky and Channel 5, and covering some of the biggest international sporting events.

Born in Leeds in 1973 to footballer Terry Yorath and his wife Christine, it was hardly surprising that she developed a love of sport from an early age. She played netball and competed in the high jump, but it was gymnastics where she really shone. The peak of her career came in the 1990 Commonwealth Games when, representing Wales, she placed 8th in the rhythmic gymnastics. Unfortunately, she faced crushing disappointment when, as a result of sciatica, she was forced to retire at the age of seventeen, ending her hopes and dreams of becoming a champion at future international competitions.

Following her graduation with a law degree from Durham University, Gabby began working for Metro Radio in Newcastle as a presenter. This led to her being offered a job with Sky Sports in 1996 - it didn't take long for her to establish herself as one of their key presenters. In 1998 she joined ITV where she presented a number of different fixtures including The World Cup and Champions League.

2007 saw Gabby join the BBC where she has worked on a number of shows including Inside Sport, Final Score, The One Show, Match of the Day, the Olympic Games coverage and BBC Sports Personality of the Year, making her one of the most familiar faces on the network.

Tragically, in 1992 Gabby's brother Daniel collapsed and died from an undiagnosed heart condition. Gabby actively campaigns for the Daniel Yorath Appeal, which raises funds for the early detection and treatment of the condition hypertrophic cardiomyopathy. Gabby is also patron of a number of other charities.

Gabby is also a columnist for The Times, has appeared as a contestant on Strictly Come Dancing, and was awarded an MBE in 2020 for services to broadcasting and the promotion of women in sport.

With many anecdotes and stories form her varied TV career, Gabby is a charming after dinner speaker who will entertain any audience. Her experience in TV means she is quick to think on her feet, making her a perfect choice for any corporate event.