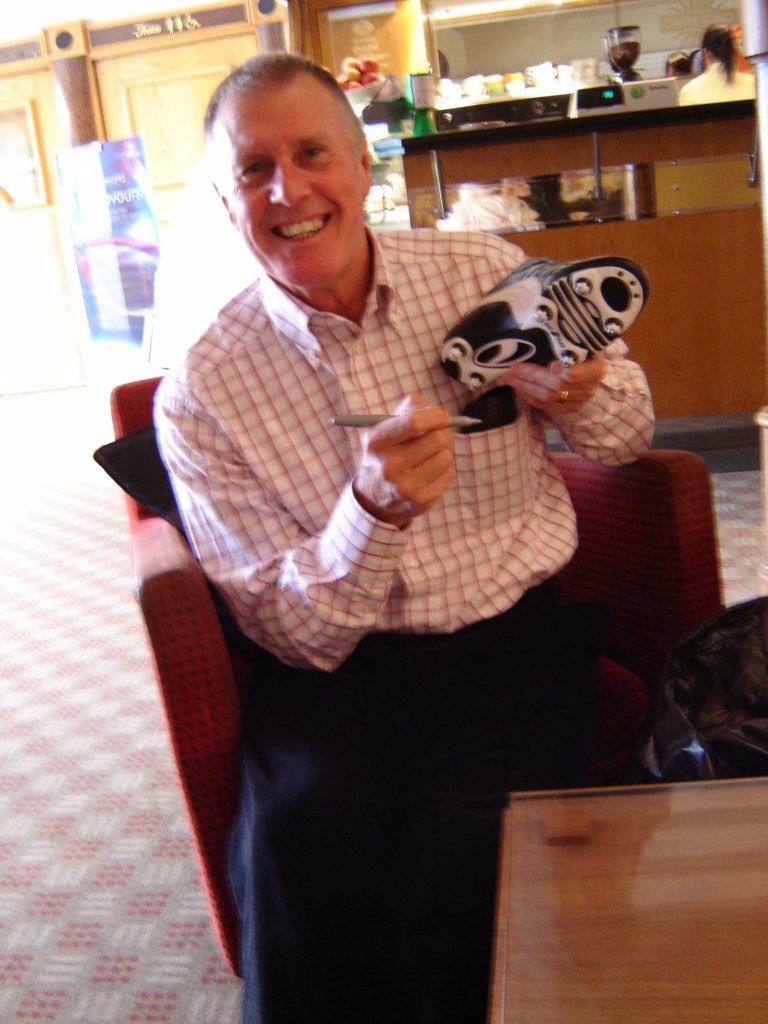 Born in Ashton-under-Lyne in 1941, Hurst made his England debut in February 1966 and he was included in Sir Alf Ramsey’s 22-strong World Cup squad as a back up to first-choice strikers Jimmy Greaves and Roger Hunt.

Sir Geoff Hurst enjoyed a 17-year professional career with West Ham, Stoke City and West Bromwich Albion but the England striker will forever be remembered for his iconic hat trick against West Germany in the 1966 World Cup final at Wembley.

England was crowned world champions and Hurst remains the only player to have scored a hat trick in a World Cup final.

The West Ham striker went on to play in the 1970 World Cup finals but it is his part in England’s 1966 triumph for which he is lionized. He was knighted in 1998 and six years later inducted into the English Football Hall of Fame.