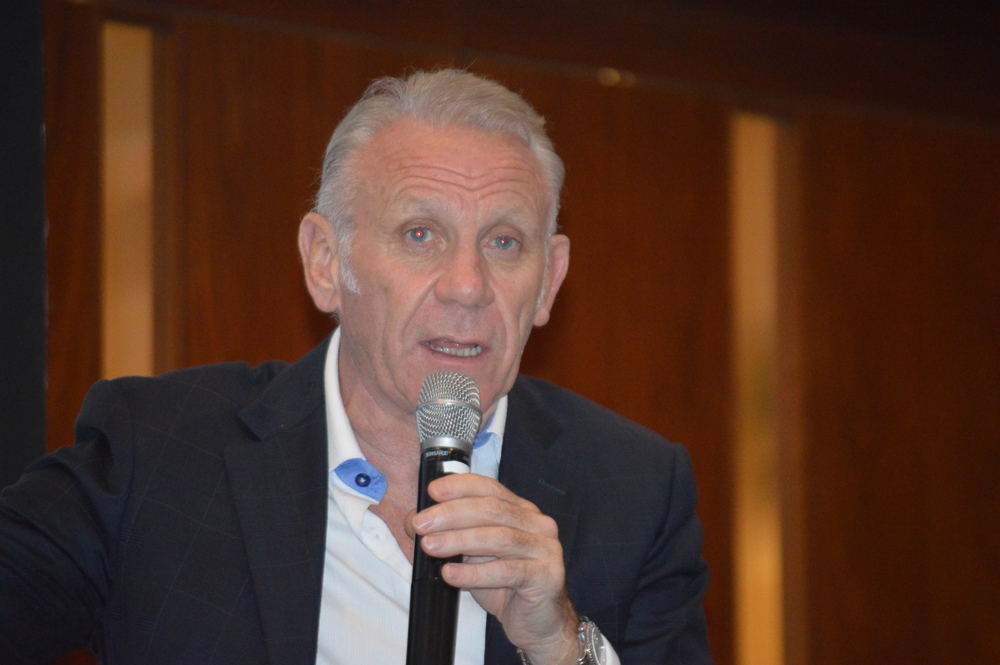 A warhorse of a defensive midfield player, he first established himself with Bolton Wanderers before joining Everton in 1982. He was voted PFA Players’ Player of the Year in 1985 while helping the Goodison club win domestic and European honors, including two League championships.

He was capped 13 times by England, and later joined Queen’s Park Rangers until persuaded to take over at Manchester City as player-manager, twice guiding them to fifth place in the First Division and getting ahead of Manchester United in one season.

Peter who would never concede an inch, returned to full time playing with Southampton, Notts County and Bury, until starting a rollercoaster seven year period as manager of Sunderland. He briefly combined this role at the Stadium of Light with managing the England Under-21 squad.

Later he managed Leeds United and Coventry City before working as a full-time television pundit. But the lure of management was too strong for him and he returned to the game in Thailand, and then worked at Stoke City and Plymouth Argyle.