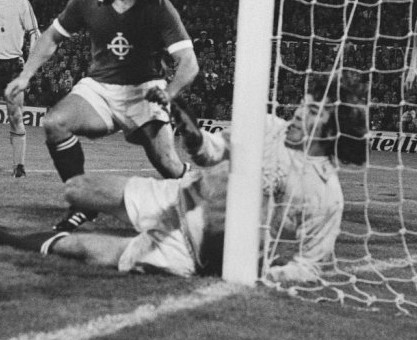 Arrived at White Hart Lane at the age of 19 when he signed for Tottenham. The Northern Irish legend spent 13 distinguished years at Spurs, amassing an incredible 472 league appearances for the Lilywhites – and 591 in all competitions – and during his reign as the club’s undisputed number one keeper, Tottenham won the 1967 FA Cup, the 1971 and 1973 League Cup and the 1972 FA Cup.

Jennings was recognized in 1973 when he was named the Football Writers’ Association Football of the Year and three years later he won the Professional Footballers’ Association version of the award. After his retirement, he was also awarded the MBE and OBE for his services to football.

Famed for the size of his hands, Jennings joined the exclusive club of goalkeepers who have scored a goal in a professional match when his punt in the 1967 Charity Shield at Wembley embarrassed his Manchester United counterpart Alex Stepney and found the back of the net but the amiable Irishman will forever be remembered by Spurs fans as the rock in goal during one of the club’s golden eras.