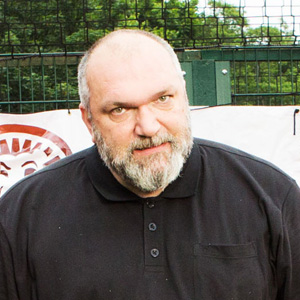 Razor is a well-known household name and can appeal to all kinds of audiences with his tales of football, jungles and other adventures. He made his debut at Millwall and then went on to have a long football career playing for Tottenham Hotspur, Southampton, Liverpool, West Ham, Crystal Palace, and finally concluded his career as a player and coach at Swindon Town. Since his retirement from football, Neil has gone on to take part in a number of reality television shows such as I’m A Celebrity Get Me Out Of Here, Celebrity Big Brother, Mr & Mrs, A League of your own, Big Star Little Star , Total Wipeout and many more.

To book Neil Razor Ruddock for your sporting dinner, meet and greet and motivational speech contact a member of the team today.