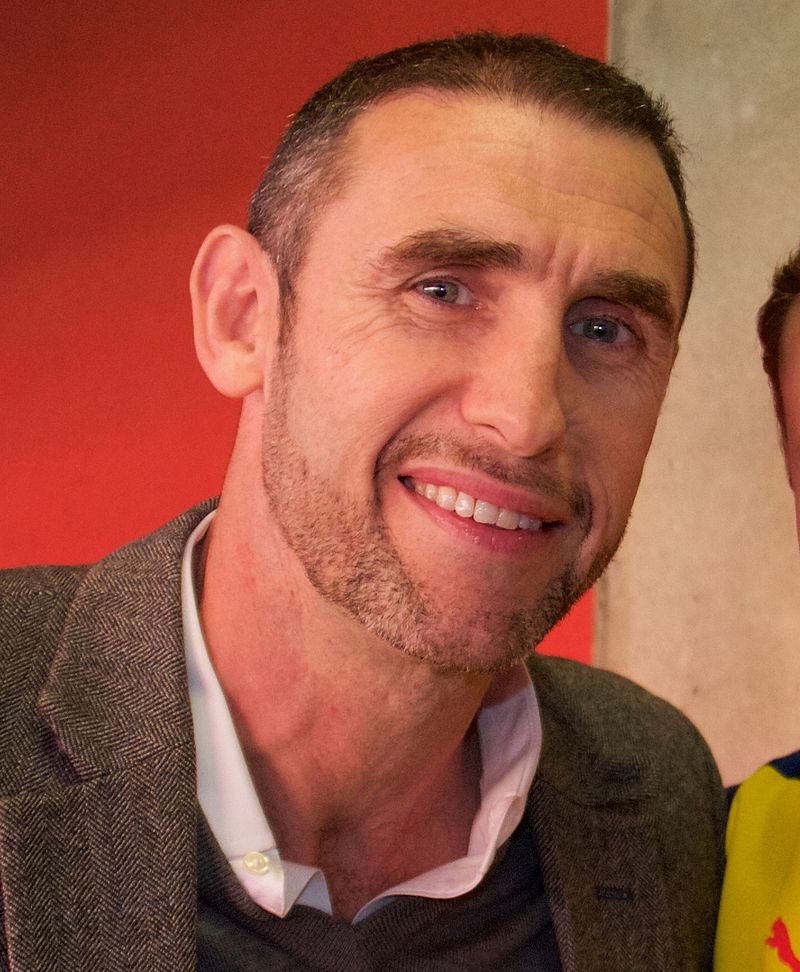 With a reputation built on his tenacious and effective defending and known for his competitive spirit. Keown collected 43 England caps over a ten-year international span. He also played with distinction for Aston Villa &amp; Everton but it was his two spells at Arsenal where he built his reputation.

Other clubs he travelled with on the football roundabout were Brighton, Leicester City and Reading.

It was with the Gunners that he made his biggest impact of his career, helping them capture nine major trophies. His partnership with Tony Adams at the heart of the Arsenal defense was considered one of the most formidable in modern football.

Martin has coached and scouted with Arsenal, and is a respected television analyst. He is always worth listening to, particularly his yarns about playing for England in the World Cups of 1998 and 2002, and his comparisons of the contrasting methods of George Garaham and Arsene Wenger.