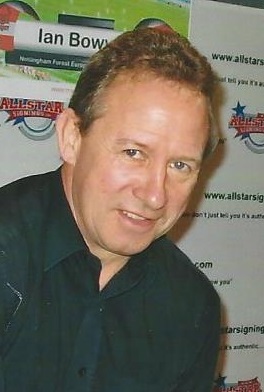 Montrose-born John was brought up in Hartlepool and at the age of 19 became the youngest player to appear in all four divisions. John McGovern entered the land of football legend when he skippered the Brian Clough-managed Nottingham Forest side that won back-to-back European Cup finals. A skilful midfield player, he won promotion with Cloughie's Hartlepool and then followed him to Derby, Leeds and Forest. Not surprisingly, his talks are peppered with absorbing anecdotes about Clough and his partner Peter Taylor. He also has stories about his own experiences as a boss at Bolton, Rotherham and Woking.

He played more than 500 League games and is considered one of the finest Scottish players never to win a full international cap. John travels the world coaching, and has worked in the United States and Azerbaijan. He is an experienced broadcaster, regularly appearing on BBC Radio Nottingham.