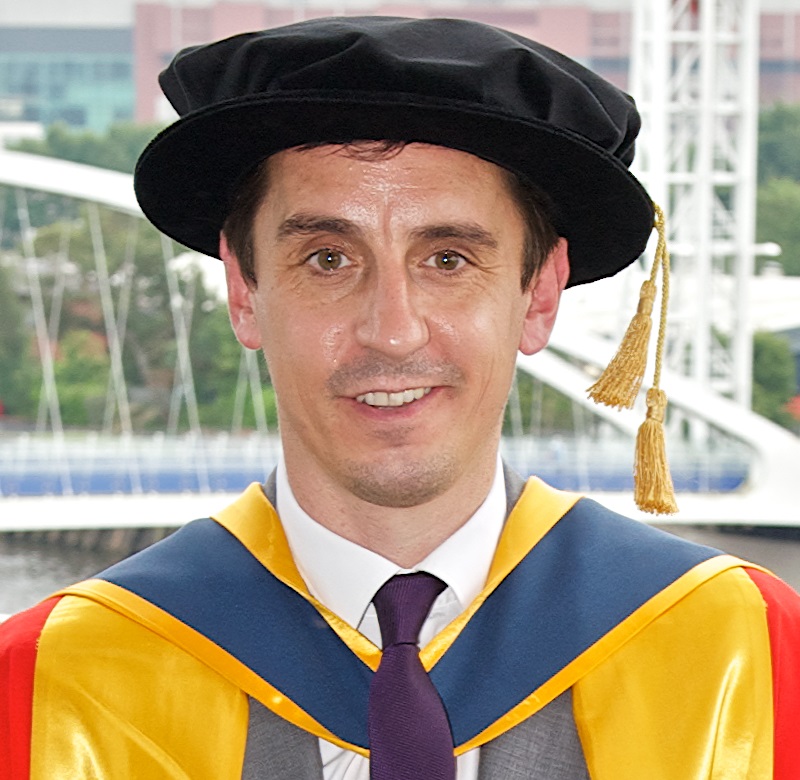 After a distinguished one-club career with Manchester United, Gary has now developed into the leading television football analyst with Sky Sports as well as coaching the England team.

He is England’s most-capped right-back with a run of 85 matches, Manchester United’s captain for five years during their golden years under Sir Alex Ferguson.

Gary has a wealth of stories to tell about his playing career with United and England, his media work and his experiences with Sir Alex Ferguson and playing during the peak years with such fellow superstars as David Beckham, Eric Cantona and Ryan Giggs. A fantastic motivational speaker for any company or corporate event, someone that can make you leave a room thinking you can achieve your goal.