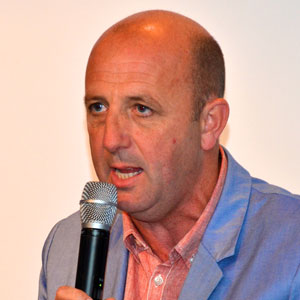 Born in 1964, Gary McAllister is a Scottish former professional footballer. During his long and successful career he played mainly as a midfielder. Nicknamed ‘The Enforcer’, he began his career with Scottish side Motherwell, but went on to play for a number of English clubs including Leicester City, Leeds United, Coventry City and Liverpool.

As mentioned previously, Gary began his career with local side Motherwell. He made his senior debut in a match against Queen of the South. During his time with the team he played in seventy matches and scored a total of eight goals.

Gary signed for Leicester City in August 1985. His skilfull passing in the midfield and confidence soon earned him praise from the manager and fans alike. He adapted well to First Division football, but unfortunately the side was unable to stave off relegation. However, over the following three seasons Gary came to be recognised as one of the best players in the Second Division. In fact, he was named in the Second Division PFA Team of the Year in both 1988-89 and 1989-90. As a result he was frequently the subject of speculation with regards to the transfer market.

In 1990 Gary moved to Leeds where he replaced Vinnie Jones who had left for Sheffield United. During his first season with the side Gary experienced a successful period when Leeds reached the semi finals of the League Cup. He formed a strong midfield quartet with fellow Scot Gordon Strachan, and David Batty and Gary Speed. This midfield were instrumental in the success of the 1991 – 92 season, in which Leeds United were crowned League Champions.

Gary left Leeds for midlands side Coventry City in 1996 for a fee of three million pounds. This was considered to be a large sum for a player of his age. He remained with the club for four seasons and played initially under Ron Atkinson and then former Leeds teammate Gordon Strachan. He spent four years with the club before making a surprise move to Liverpool.

He played an important role in the team that won a treble of cups in the 2000 – 2001 season. He continued to demonstrate a great deal of skill particularly with set pieces. In the 2001 UEFA Cup Final, Gary received the honour of being voted man of the match after he was directly involved in four of Liverpool’s five goals.

Gary left Liverpool at the end of the 2001-02 season to rejoin Coventry City as player-manager. He is considered to be one of Liverpool’s most successful players and reached number thirty two in the ‘100 Players Who Shook The Kop’ list in 2006.