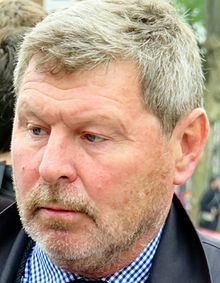 As soon as Clive could walk he had a ball at his feet in the days when his famous footballer father Les, was helping Spurs win the league and FA Cup double.

Clive played for more London clubs than any other footballer in history being QPR, Crystal Palace, Arsenal (3 pre-season friendlies), Chelsea, West Ham & Millwall. It is of course Spurs he will always be associated with and in particular his Golden 1986-87 season, when he scored a 49 goals and was voted PFA and football writer's association player of the year.

Clive also scored goals for Bordeaux, Manchester City & Carlisle before returning to Spurs in a coaching role. In all he scored 202 goals in 418 league games, and was capped 5 times by England.

He is an experienced television pundit, and has a wealth of stories to share, including his rare experience of playing a specialist kicker for the NFL London Monarchs.