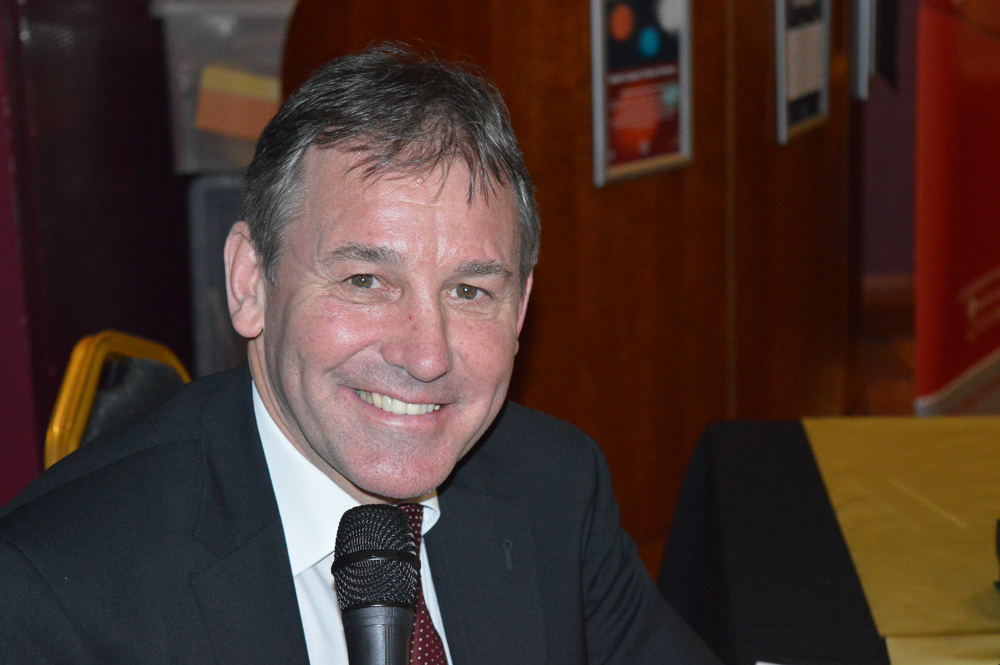 Originally from Chester-le-street in County Durham Bryan was established at West Bromwich Albion as a storming midfielder who got snapped up by manager Alex Ferguson at Manchester Utd in 1981. He was known for his ball winning, a maker and taker of goals, with a total of 74 goals out of 345 league games for united.

With a nickname of Captain Marvel, Bryan was the longest serving Manchester Utd skipper in the clubs history and also captained England 65 times whilst winning 90 caps.

Returning to the North East to wine down his career with Middlesbrough as a player-manager, he spent 7 years in charge at the Boro in which he guided them to 2 promotions to the Premier League and the first 3-cup finals in club's history.

Robson then went to West Brom for two years as manager after a brief spell in charge at Bradford City. He also managed Sheffield Utd and the Thailand national team.

Bryan is an ambassador for Manchester Utd; he has stories galore about his golden days as captain of England and leading United to three FA Cups, the European Cup winners Cup and two Premier League titles.