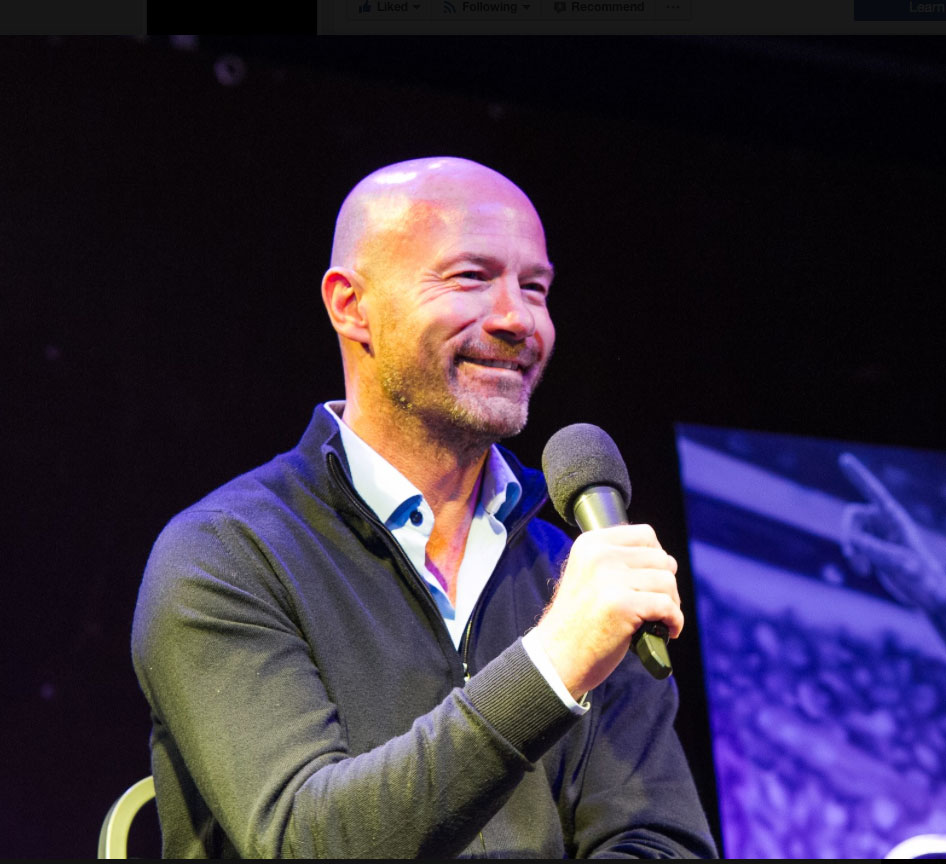 A former striker and manager, Alan is regarded as one of the best players in the history of the Premier League. The goal scoring legend was born in Newcastle in 1970 and his talent for the game became apparent at an early age. He began his career at Southampton where he initially played for the youth team for two years. This was followed with promotion to the first team, making his professional debut in 1988.

After four years with Southampton he moved to Blackburn Rovers in a record breaking transfer bid. His superb performance for the club resulted in him being named the Football Writers' Association Footballer of the Year for the 1993-1994 season. He was also an indispensable member of the 1994-95 Premier League winning team.

1996 saw Alan make a move back to his home town when he joined Newcastle United (beating Manchester United to his signature!). The move proved successful and during his first season at St James' Park he scored an impressive twenty eight goals.

Alan also played for England on a number of occasions winning more than sixty caps and scoring thirty goals. In addition, he captained the team thirty four times.

Since retirement from the game in 2006, Alan has been greatly involved in charity work. He set up the Alan Shearer Foundation in 2012, which provides support for those with disabilities in the North East. He is also involved with well known charities such as the NSPCC and Sports Relief.

In recent years Alan has been a regular face on TV working as a football pundit. He is also an accomplished after dinner speaker who is able to entertain and captivate an audience.