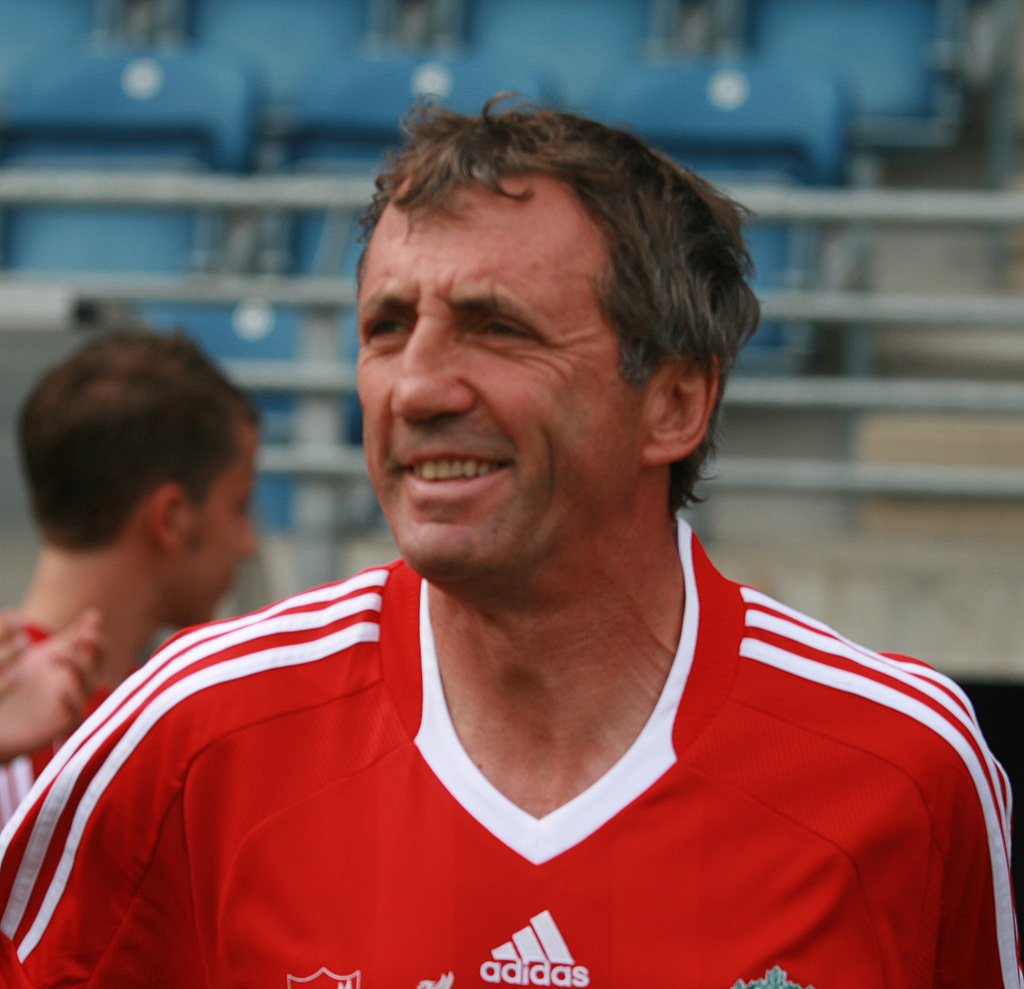 Image Credit: Jarvin - Own work - Thanks to The Reeds and torkst at the forum on http://liverpool.no via Wikipedia - Creative Commons License Details

Or 'Barney' as he was nicknamed by fans after the Flintstones character due to his straightforward, no frills approach to football. During 1977 and 1984, Liverpool won the European Cup an unbelievable 4 times.

Alan's career started at Newcastle United. In 1978 Liverpool's manager Bob Paisley bought Kennedy. He fit straight into the team and regained Liverpool the victory of the League Championship in 1979 they then retained it a year later.

A big moment for Alan's career was the European cup final held in Paris it was Liverpool v Real Madrid; the game was tight with little chances. In the last 10 minutes Alan fired a vicious shot into the Real Madrid net. Liverpool had won the European Cup title for the third time.

In 1982 Liverpool reined the league and retained the League Cup. Kennedy continued getting the goals in big finals for Liverpool. The 1983 League Cup final against Manchester Utd was no exception Kennedy firing a long ranger equaliser and then went on to win 2-1. In that year Kennedy won his fourth League title.

Alan again proved his worth whilst playing in the European Cup Final, Liverpool v AS Roma when it came to the penalty shoot out when he scored the decider.

In 1985 Kennedy played most of the trophy free season but was sold the following year by manager Kenny Dalglish.

Since leaving the game Alan has been seen adding his opinions as pundit on Sky Sports News and is a regular on the after dinner circuit please contact us for pricing and availability 01704 834 493.