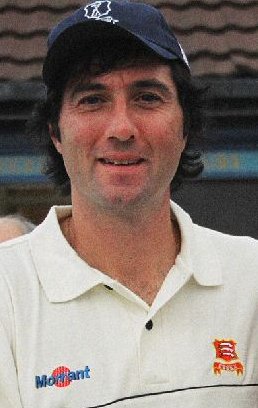 He moved from Lancashire to Essex in 1994 and had a great rapport with the Chelmsford supporters over the following thirteen years. Ronnie captained Essex from 2000 and became a cult figure because of his enthusiastic approach to every game and his encouragement of promising young players such as Alistair Cook and Ravi Bopara. Born in Greater Manchester with an Irani-descended dad and Lancashire mum but it is with Essex that he will always be associated. He was an outstanding all-rounder until injury forced him to give up his right-arm medium fast bowling. This allowed him to concentrate on his batting, and he became a one-day specialist, playing 31 ODIs for England and three Tests. His career haul was 13,472 runs at an average 41.58. He was coach as well as captain at Chelmsford but chose a broadcasting career rather than take up the offer of a new contract with Essex.

He is now the regular partner to Alan Brazil on a daily TalkSport show and demonstrates the wit and wisdom that always comes through in his after-dinner speeches.