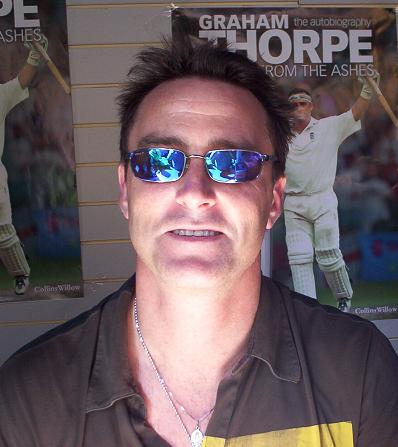 Graham's first game for England was in 1983 against Australia and his last in 2005 against Bangladesh. In his time he played in 100 test games, scoring an impressive 6700 runs, as well as being a regular for England in the One-Day games, playing 82 times and scoring over 2300 runs.

Graham Thorpe had a cricket career spanning over 17 years. He scored over 20,000 first class runs and over 10,000 in limited over games during his time in English cricket. Throughout his career he established himself as an astonishing batsmen and one of the biggest figures in the competition of the game.

Since his retirement Graham has taken up coaching at Surrey CC, along with doing radio and television. Graham has also expanded into the after dinner circuit, talking about his time as an International cricketer.