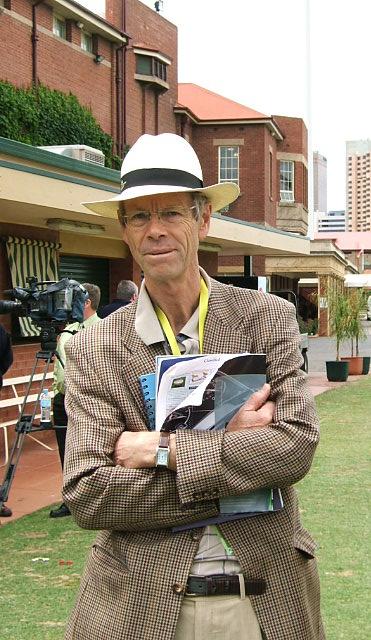 Christopher’s sports career began as Captain of cricket at Marlborough followed by Captain of Cambridge University Crusaders for two years. Known as ‘the voice of cricket’, In 1970 Christopher became a Sports Broadcaster for the BBC and eventually in 1974 became their Cricket Correspondent. Since 1981 he has been the editor of The Cricketer magazine and a freelance BBC Radio and television Cricket commentator. In 1984 he resumed his appointment as BBC Cricket correspondent whilst continuing as Editor of the Cricketer.

He has written a number of books including: Testing Time – MCC in West Indies, Assault On The Ashes – MCC in Australia, MCC in India, The Jubilee Tests, England in Australia, In Defense of The Ashes, The Complete Who’s Who of Test Cricketers, The Wisden Book of County Cricket, Bedside Cricket, Twenty Years On, The Cricketer Book of Disasters and Bizarre Records (Editor) and The Cricketer Book of Cricketer Eccentrics and Eccentric Behavior.