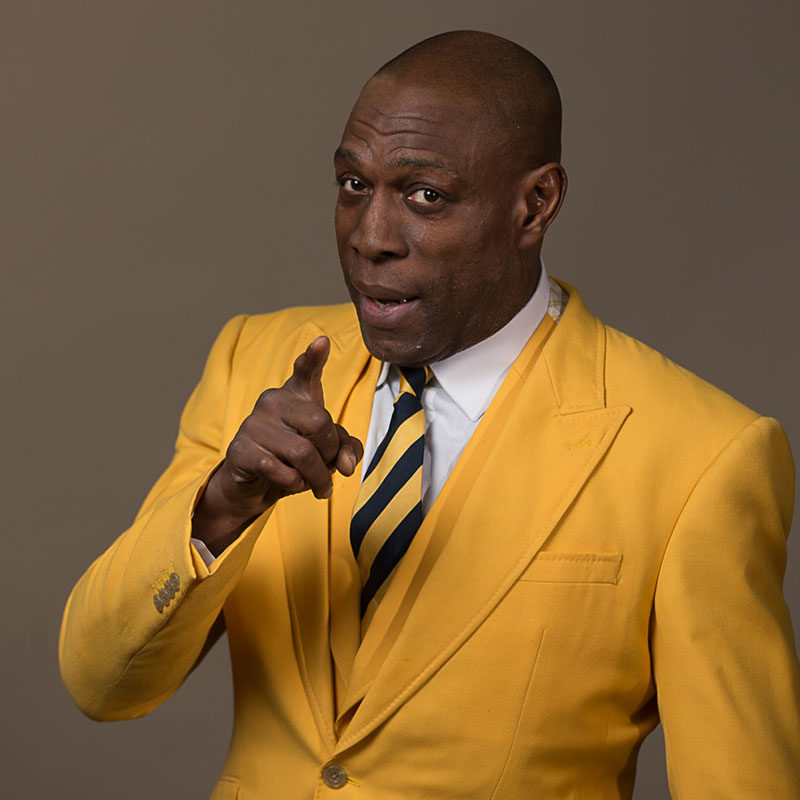 Born in London in 1961, Bruno turned professional in 1980 and 21 consecutive wins by knockout quickly earned him a reputation as one of boxing most entertaining and explosive fighters and it was not long before he had his first shot at a world title.

At the height of his career, Frank Bruno was the most popular Sportsmen in the country and to this day the former world heavyweight champion remains a national icon.

In 1986 he challenged American Tim Witherspoon for the WBA title but despite leading the contest on all three judges’ cards, he was knocked down in the eleventh round. His second chance came three years later against Mike Tyson and although he was eventually stopped in the fifth, Bruno won a legion of new fans with a juddering left hook in the first round that visibly rocked Tyson and gave the Londoner brief hope of pulling of a sensational shock.

Bruno refused to give up on his dream of winning a world title and 9 years after his clash with Witherspoon, the dream was realized. Bruno faced American Oliver McCall for the WBC belt and after 12 grueling rounds that tested the stamina of both fighters to the limit, Bruno emerged the victor on points. He became a world heavyweight champion.

His reign was to last for only one more fight as Tyson claimed the belt the following year. It was to be Bruno’s last professional bout and he retired in 1996 with a proud record of 40 victories from 45 fights, 38 of those 40 wins coming by knockout.

To book Frank Bruno as your after dinner speaker or motivational speaker please contact a member of the team.