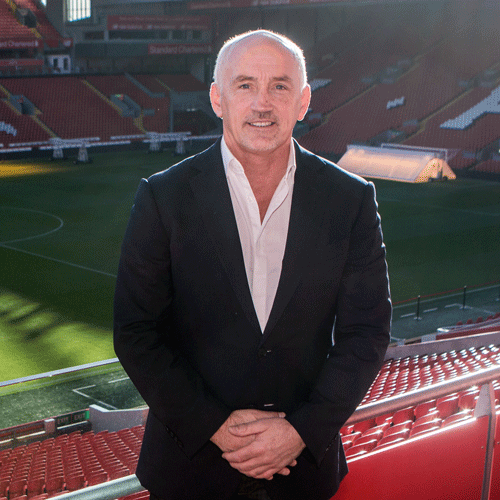 Barry first came to national prominence when he won the bantamweight gold medal in the 1978 Commonwealth Games in Edmonton, and reached the peak of his career in 1985 when taking the world featherweight crown from great Panamanian Eusebio Pedroza with a pulsating fifteen rounds point’s victory at Loftus Road. He won the hearts of a divided Ireland and the whole of the UK with his magnificent feats in the ring.

Barry, the Clones Cyclone, lost only three of 35 professional contests before retiring in 1989. Awarded the MBE, he has since been an eloquent spokesman for the Professional Boxing Association, an authoritative TV ringside expert and a renowned chef – winning ITV’s Hell’s Kitchen competition in 2007.

These days he cooks up an excellent speech in which he gives a fascinating insight into the world of boxing.