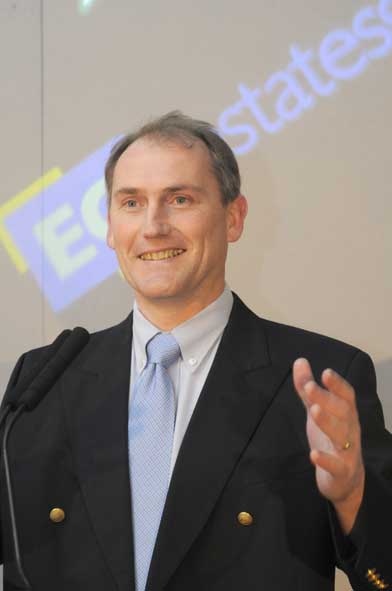 A former Royal Marine and no stranger to adventure, Pete Goss is a brave and determined British yachtsman who has sailed more than 250 000 nautical miles. His numerous adventures on water have seen him encounter many challenges including ferocious storms, high waves and perilous seas.

He is perhaps most well known for the heroic and dramatic rescue of another sailor in the 1996/7 Vendee Globe round the world race. He spent an incredible two days battling hurricane force winds before reaching fellow competitor Raphael Dinelli (who was extremely lucky to still be alive, having spent forty eight hours on a freezing life raft). Pete gave up any chance of winning the race, in order to save Dinelli, and they have since become firm friends - they have even competed together as co-skippers. Pete was awarded the MBE, and the Legion d'Honneur by the French President for his actions.

Other sailing exploits of Pete's include training and leading a novice crew through what is often described as ‘the world’s toughest yacht race’ – the British Steel Challenge. The route goes against the prevailing winds and currents - the so called ‘wrong way’ around the globe.

Pete enjoys other challenges in addition to sailing. Along with fellow adventurer, Andy Warrender, he circumnavigated Tasmania in a sea kayak, and he has also trekked to the North Pole.

Pete draws on his many experiences to offer motivational talks and keynote speeches that inspire people to achieve their goals and reach their potential.