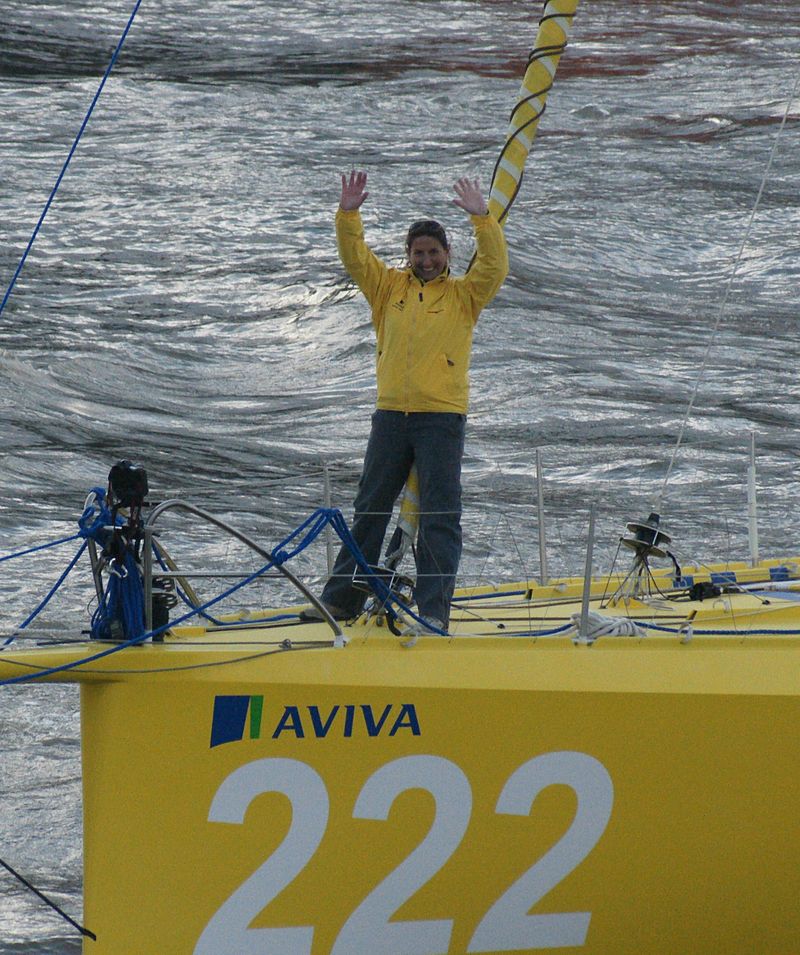 A former PE teacher, Dee Caffari is a determined and courageous British sailor who has circumnavigated the globe an incredible six times. Her many achievements include being the first woman to sail single-handed and non-stop around the world in both directions.

Born in 1973, Dee grew up in Hertfordshire. She studied at Leeds Metropolitan University and went on to became a teacher before embarking on her remarkable sailing career.

After deciding to follow her dreams, she completed a yachtmaster course on the Isle of Wight. Following this she worked for Formula 1 Sailing, initially as a skipper and later on as a manager of their fleet of Farr 65s in the Caribbean and the UK.

Her skill for sailing and leadership qualities soon became apparent and in 2004 she took part in the Global Challenge race, securing her place as the only female skipper in the fleet.

2005 saw Dee set off on her attempt to single-handedly sail round the world against the prevailing winds, currents and weather! She successfully completed this challenge (which was sponsored by Aviva) in May 2006, becoming the first woman to do so. This remarkable achievement led to her being voted as a runner up for BBC South Sports Personality of the Year. She was also awarded the MBE.

In 2007 it was announced that Dee would be participating in the Vendée Globe 2008/09 single-handed round the world yacht race, once again sponsored by Aviva. In February 2009 she completed this race setting a new record by becoming the first woman to sail single-handed, non-stop, around the world in both directions.

Nominated for the highly regarded ISAF Rolex World Sailor of the Year Award in 2011, Dee is one of the most inspirational and motivational after dinner speakers on the circuit. Drawing on her unique and challenging experiences, she delivers engaging and entertaining presentations.