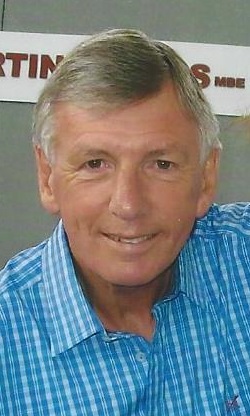 Making his English debut two months before the 1966 World Cup final when he found his way into Ramsey's starting line up and played a pivotal role in the side's famous victory over West Germany in the final.

Peters did not feature in the opening game of the tournament against Uruguay but he was still selected for the second match against Mexico and remained in the team for the rest of the competition.

It was the West Ham midfielders cross in the notoriously violent quarter-final against Argentina that set up the winning header but it was at Wembley that the dynamic Hammer was to earn his place in World Cup folklore.

It was at 12 minutes to go when the ball fell to Peters, who unleashed an unstoppable half volley, which almost broke the net.

Peters remains only the second Englishman to score in a World Cup final.

He went on to play 67 times for his country, scoring 20 goals from midfield, and in 2006 he was inducted into the English football hall of fame.