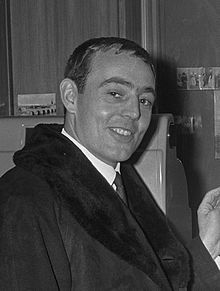 Ian St John was signed by Liverpool for a club record of £37,500 in 1961 after impressing at his hometown club Motherwell. The striker quickly established himself as a key figure at Anfield, scoring a hatrick on his debut and notching 18, 19 & 21 goals in his first 3 seasons at the club.

‘The Saint’ as he was called won two league championship winner medals, an FA cup winner’s medal and a second division winner’s medal. His record at Anfield after ten successful seasons when he left Coventry City in 1971, stood at 118 goals and 424 appearances. He also won 21 Scotland Caps, scoring 9 goals.

Ian still remains of the most popular players to have ever represented Liverpool and is often still seen at Anfield.