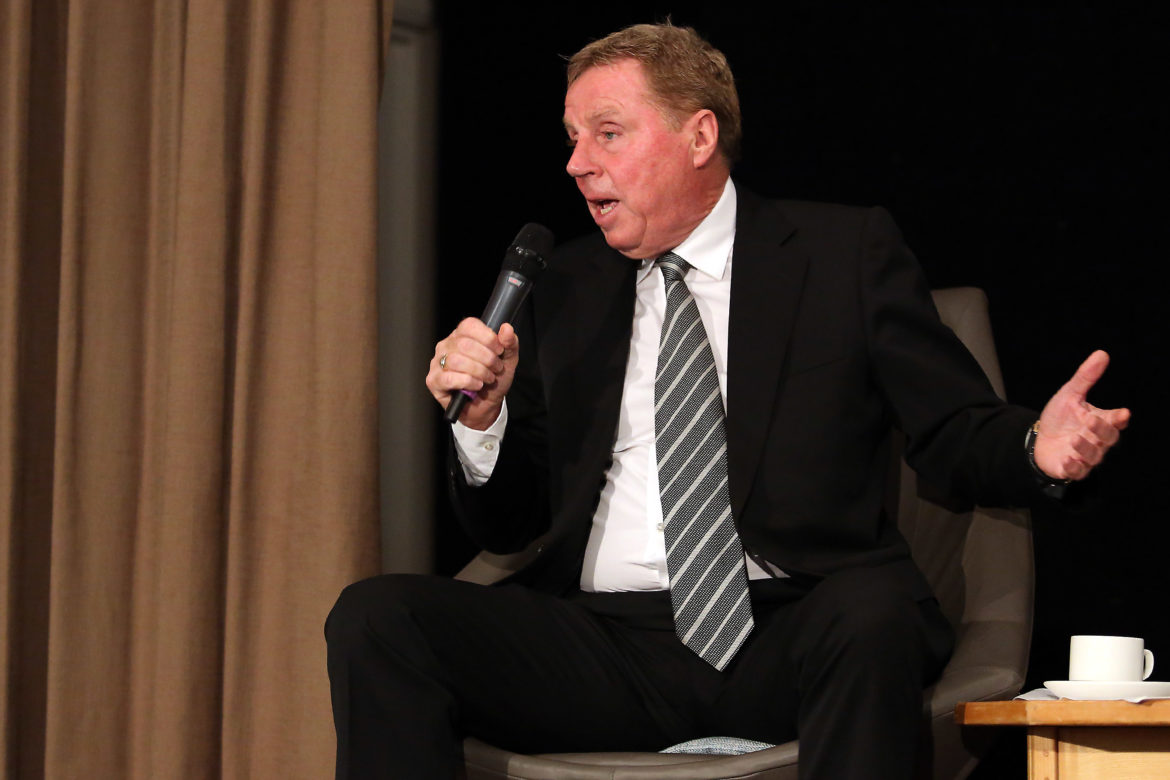 Born in the East End, Harry’s Cockney wit lightens the sometimes too serious world of the Premier League; he is one of the most popular characters in British football. Playing for West Ham Harry played a right-winger before starting a managerial career with Bournemouth in 1983.

Redknapp then went on to manage the Hammers, Portsmouth (twice) and Southampton, capturing the FA cup with Pompey in 2008. Later on in 2008 Tottenham bought Redknapp from Portsmouth for a £5 million transfer fee where he has become idolised by the fans and hugely respected by his peers.

He has a deep knowledge of football tactics; Harry is tipped to be the next manager of England. His after dinner speeches are full of amazing stories from his 45 years in the game, and he pulls no punches in question-and-answer sessions.

To book Harry Redknapp for motivational and after dinner speaking, contact us today.