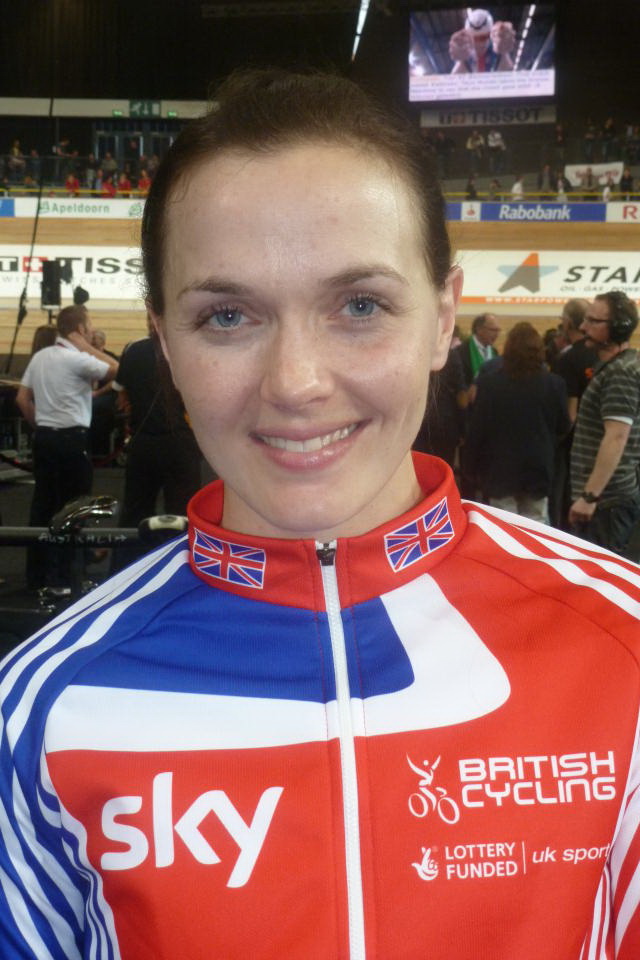 One of Britain's most successful Olympians, Victoria Pendleton is a former track cyclist who specialised in the sprint, team sprint and Keirin disciplines. With nine world titles to her name and two Olympic golds she is one of the country's greatest ever female cyclists, her remarkable achievements winning her a place in the nation's heart.

Victoria began cycling as a child - her father was a successful cyclist and she was encouraged to ride from an early age. Her talent soon became apparent, and the national track coach expressed an interest in bringing her into the squad. However, keen to concentrate on her education,  she didn't become a full time cyclist until after her graduation from university. However, that wasn't to say that she didn't take cycling seriously during her studies - while still a student she won three silver medals and a bronze in the British National Track Championships in 2001.

2002 saw Victoria qualify for the Commonwealth Games where she finished a respectable fourth in the sprint. Her first major medal, however, came at the 2005 UCI Track Cycling World Championships when she won gold in the sprint, setting her on the path to success. The following year, at the 2006 Commonwealth Games, she won a silver and a gold medal, establishing herself as a competitor to be reckoned with.

At the 2007 UCI Track Cycling World Championships she won an incredible three gold medals and, in the same year, was named Sunday Times Sportswoman of the Year, and Sports Journalists' Association of Great Britain's Sportswoman of the Year. During her build-up to the Olympics, a further two gold medals were won at the 2008 UCI Track Cycling World Championships in the sprint, showing that she was most definitely at the top of her game.

At the 2008 Beijing Summer Olympics, and in the best form of her life, Victoria realised the dream when she won the gold medal in the sprint. In 2009 and 2010 her winning streak continued and she retained her world title in the sprint event. At the 2012 London Olympics Victoria wowed the home crowd when she won a gold in the Keirin and a silver in the sprint, ending her competitive career in style.

As recognition of her incredible achievements Victoria was awarded the MBE in 2009 and the CBE in 2013. She is also a member of the European Cycling Union Hall of Fame.

In 2015, to the surprise of some, she announced her intention to become a jockey with the goal of competing at the Foxhunter Chase at the 2016 Cheltenham Festival. In fact she finished fifth, something she was very proud of. Passionate about horses, she has described horse racing as something she has 'fallen in love' with.

Victoria has also been a contestant on the BBC's immensely popular Strictly Come Dancing, written an autobiography, and worked with Halfords as a design consultant for a range of women's bikes.