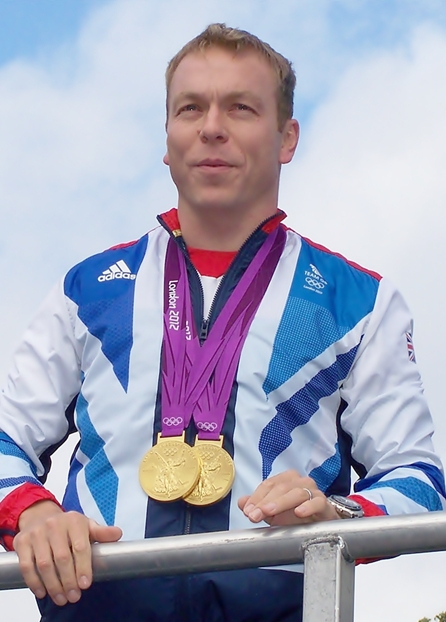 One of Britain's most decorated Olympians, Sir Chris Hoy is a former track cyclist who won eleven golds at the World Championships and an incredible six Olympic gold medals.

Born in Scotland, Chris started BMX racing at the age of seven and was soon travelling to race meetings all over the country. He quickly learned the importance of hard work and dedication, and every win was rightly earned. Ranked in the top ten at both national and international level, he enjoyed a considerable degree of success.

In 1992 Chris changed disciplines to track cycling. Success soon followed when he won a silver medal in the junior sprint at the British Championship. 1997 saw Chris awarded funding while he completed his studies at Edinburgh University. In 1999 he graduated with a degree in sports science and also won his first senior medal - a silver in the team sprint at the World Championships.

Chris won his first Olympic medal (a sliver) at the Sydney Games in 2000, which was just the beginning of the incredible Olympic journey that was to follow. His dream of winning a gold medal was finally realised at the Athens Olympics when he won the Kilo time trial. Unfortunately, the Kilo event was dropped the following year, so Chris switched events to the Keirin, sprint and team sprint. Cycling was dominated by the British team at the Beijing games, with Chris winning three of the gold medals. This remarkable achievement led to him being voted Sports Personality of the Year. He was also knighted in 2009.

The London Olympics gave Chris the opportunity to compete on home turf - an honour that most athletes don't get to experience. He was proud to lead Team GB into the stadium at the opening ceremony. He won two further gold medals at London taking his tally to six, making him one of the most decorated Olympians of all time.

Since retiring from professional cycling in 2013 Chris has taken on a range of new challenges. Most notably, as a keen motor sport enthusiast, he has taken part in the endurance race Le Mans 24 Hours. He has also launched his own company Hoy Bikes, and turned his hand to writing his own series of children's books.