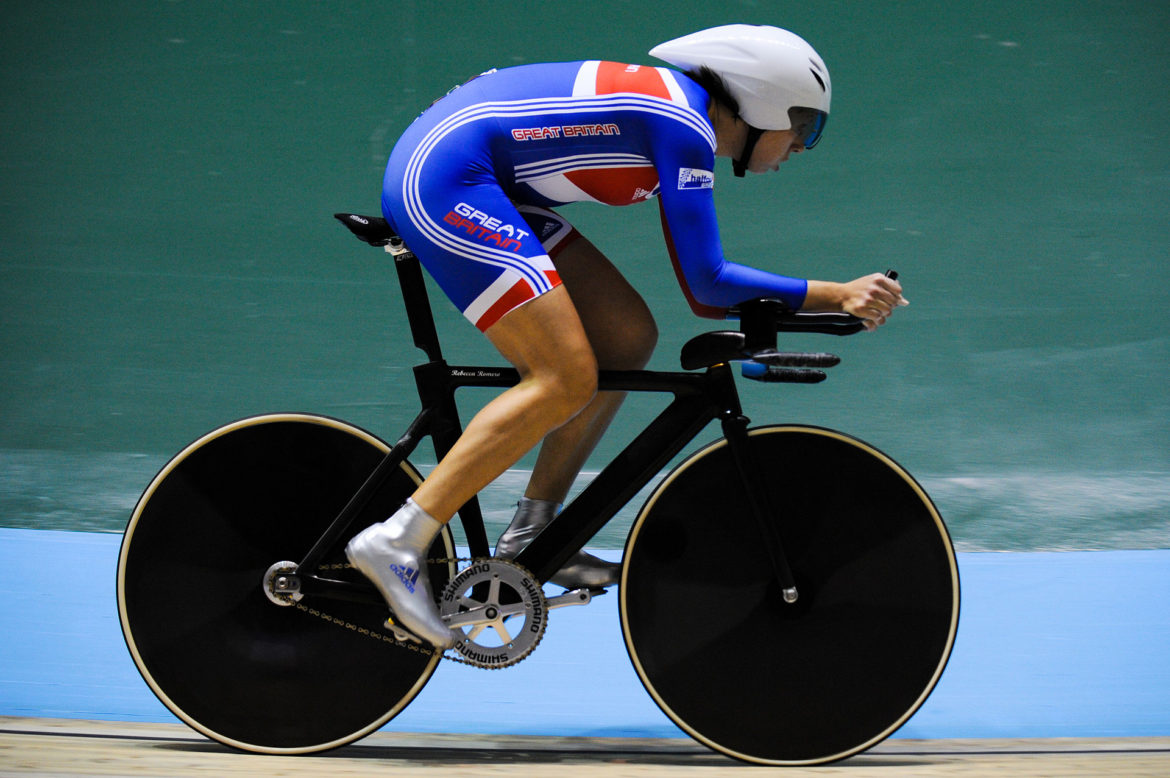 Rebecca Romero's unique story is one of determination and a relentless will to succeed. An inspirational athlete, she achieved elite status in rowing and cycling, winning an Olympic medal both sports.

Rebecca began rowing as a seventeen year old, and within less than a year had made it on to the GB Junior squad. Success beckoned and she went on to become the U23 World Champion, reached the final of the 2001 quadruple sculls in the World Championships, and put in credible performances in the 2002 and 2003 World Championship finals.

The Olympic Games in Athens in 2004 saw Rebecca rewarded for all the hard work and dedication when she won a silver medal in the quadruple sculls. The following year she was part of the British crew that won the 2005 World Championships in the same event. Unfortunately, after suffering from a persistent back injury Rebecca made the decision to retire from rowing and look towards something new.

In 2006 Rebecca began training as a track cyclist, with competing in the 2008 Beijing Olympic Games being the ultimate goal. In the December of that year she made her international debut at the UCI Track World Cup, winning a silver in the individual pursuit. More success followed when she won a silver at the World Championships in 2007, and two gold medals the following year. The 2008 season culminated with the Beijing Olympics, and Rebecca made her way into the record books when she became the first British woman to have competed in two different sports at this level. She didn't disappoint either when she took gold in the individual pursuit.

Rebecca was keen to build on her success in Beijing and set her sights on two gold medals in London. Unfortunately, an overhaul by the International Cycling Federation resulted in huge disappointment for her when both of her events were dropped. Determined to carry on, she switched to the road time trial. However, following a number of setbacks and problems, she made the decision to withdraw from the Olympic programme in 2011.

She is also an articulate and engaging after dinner speaker - her fascinating story will entertain and inspire any audience.