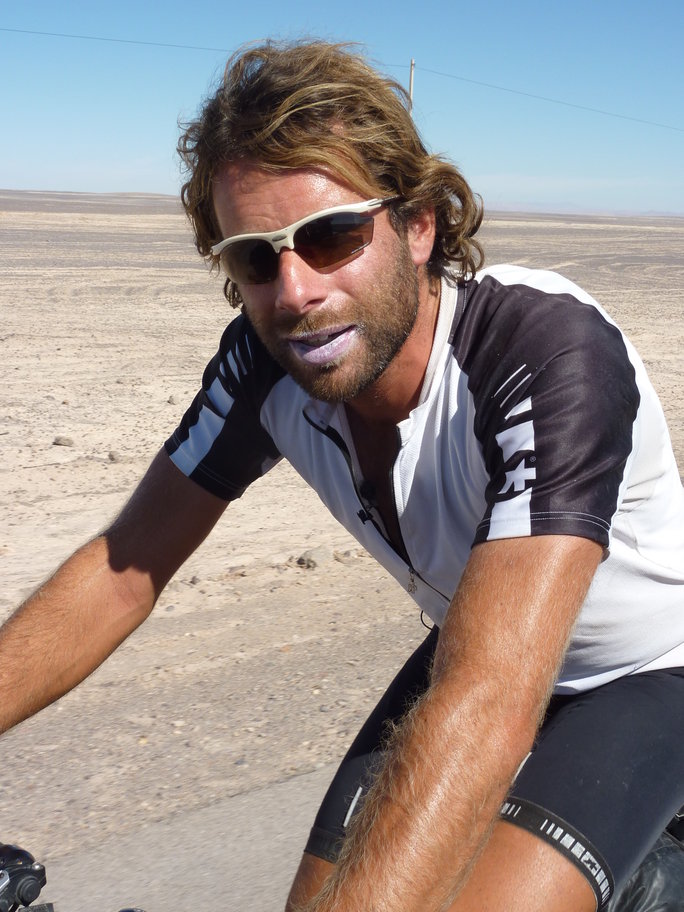 Record breaking endurance cyclist, broadcaster and author, Mark grew up in Scotland and took up cycling as a youngster. He soon developed a taste for long distance endurance events and remarkably at the age of just twelve he cycled across Scotland, raising thousands for charity in the process. This was followed by the even more gruelling feat of cycling solo from John O'Groats to Land's End at the age of fifteen.

In 2008 he made his way into the record books when he cycled 18,000 miles around the world in 194 days, taking more than 80 days off the previous best time. This amazing journey was captured for the BBC and in the book The Man who Cycled the World. He endured many difficulties along the way including being robbed and suffering with illnesses such as dysentery.

A year later he cycled more than thirteen thousand miles across the Americas, from Anchorage in Alaska to Southern Argentina. Once again he recorded the adventure for the BBC - this time the series was entitled The Man Who Cycled The Americas.

2017 saw Mark complete a second global circumnavigation in what was known as the Around the World in 80 Days Artemis Challenge. The aim of the challenge was to complete the trip in 80 days covering approximately 240 miles a day. Incredibly he completed the challenge one day ahead of schedule. As with the original route in 2008, the trip began and finished in Paris.

Mark is also a keen rower. And never one to shy away from a challenge, in 2011 he joined a six-man team rowing through the Canadian Arctic to the 1996 location of the North Magnetic Pole for BBC One. He also took part in an unsuccessful attempt to row the Atlantic in 2012.

Mark was awarded the British Empire Medal in 2018 for his services to sport, broadcasting and charity.

He is also an inspirational after dinner speaker who shares his stories in a relatable and engaging way.