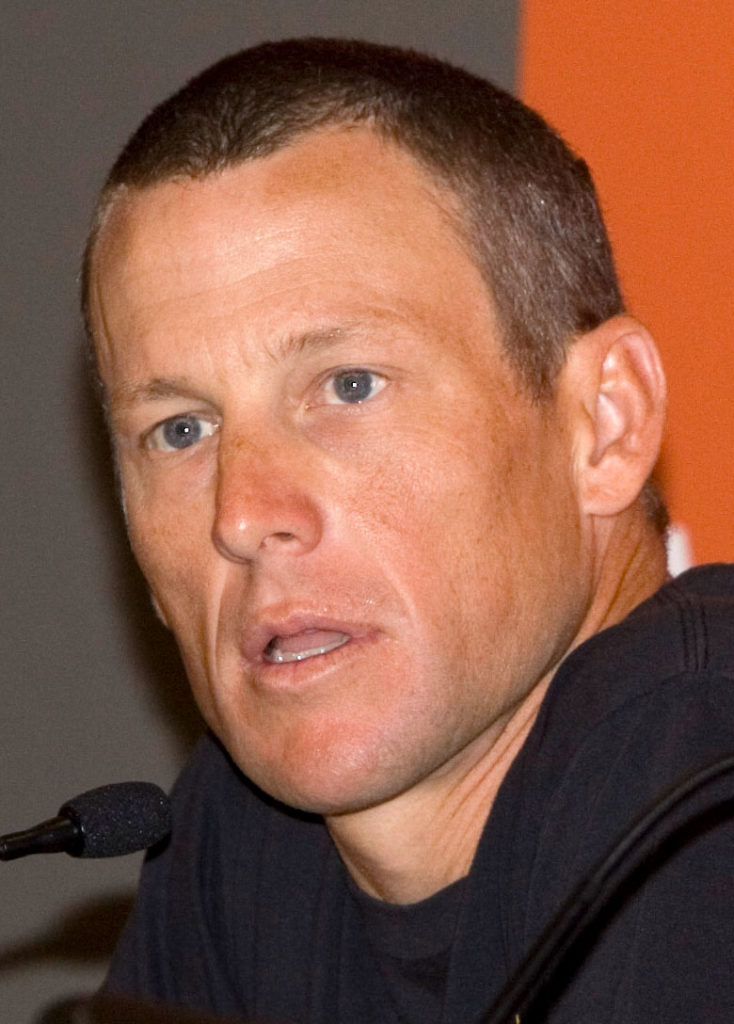 Well known for his battle against cancer, his seven triumphs in the Tour de France and the doping scandal that resulted in his fall from grace, American cyclist Lance Armstrong has endured a number of extraordinary highs and devastating lows in his life.

Born in Texas in 1971, he began competing as a triathlete at the age of sixteen, demonstrating his varied talents as an sportsman. However, he decided to concentrate on cycling and became a professional cyclist in 1992. He joined the Motorola team and enjoyed considerable success between 1993 and 1996.

Shockingly, in the October of 1996 he was diagnosed with a potentially fatal Stage 3 testicular cancer, which had unfortunately spread to other parts of his body including the lungs, abdomen and brain. Months of gruelling treatment followed, but Armstrong was determined to get back to cycling, and remarkably he was soon back in the saddle, competing as a member of the US Postal/Discovery team between 1998 and 2005. It was during this time that he won his Tour de France titles and a bronze medal at the Olympic Games. Following his recovery from the disease, he started the Lance Armstrong Foundation (which later became known as the Livestrong Foundation), an organisation that inspires and empowers cancer survivors and their families.

Armstrong retired from racing following the 2005 Tour de France, but returned in January 2009, finishing a respectable third in the Tour de France of that year. 2011 saw him retire for a second time.

Accusations of doping plagued Armstrong throughout his career. In fact they began as early as the 1999 Tour de France. He repeatedly denied these allegations. In June 2012, based on blood samples and also testimonies from former team-mates, the United States Anti-Doping Agency (USADA) accused Armstrong of both taking and trafficking of drugs. He was also accused of putting pressure on other cyclists to take performance-enhancing drugs. In October 2012, USADA took the step of formally charging him with running a large doping ring. He chose not to appeal the findings and as a result, was stripped of all of his achievements from August 1998 onward, including his seven Tour de France titles.

In January 2013, during a televised interview with American chat show host Oprah Winfrey, Armstrong finally admitted to using performance-enhancing drugs throughout his career.

Lance's life story makes him an excellent choice as an after dinner speaker. From one of the greatest comebacks in sporting history, when he overcame cancer, to his meteoric fall following the doping scandal, his story is both fascinating and full of highs and lows.