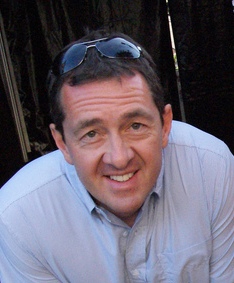 One of the country's most successful and famous cyclists, Chris Boardman won an individual pursuit gold medal at the 1992 Olympics. He also won three stages of the Tour de France, and wore the prestigious yellow jersey on three separate occasions.

Chris began cycling as a child, and his talent and enthusiasm for the sport soon became apparent. He rode in his first race at the age of thirteen and by the age of sixteen he was on the national cycling team. As a junior cyclist, he triumphed in many time trials and also broke the junior 25-mile national record in 1984. He was National Champion in both junior and adult competitions a number of times.

In 1992 Chris shot to fame when he won a gold medal at the Barcelona Olympics. In the same year Chris was awarded the MBE for his services to cycling. Four years later at Atlanta, Chris added to his medal collection when he won bronze in the men's 52K time trial.

Like most cyclists at the top of their game, Chris participated in the world famous Tour de France on several occasions. He won three stages (all in different years) of this gruelling event, entitling him to wear the yellow jersey on three separate occasions.

Since retirement from professional cycling, Chris has worked as a TV commentator, has written articles for cycling magazines, and has also set up his own bicycle brand : Boardman Bikes.