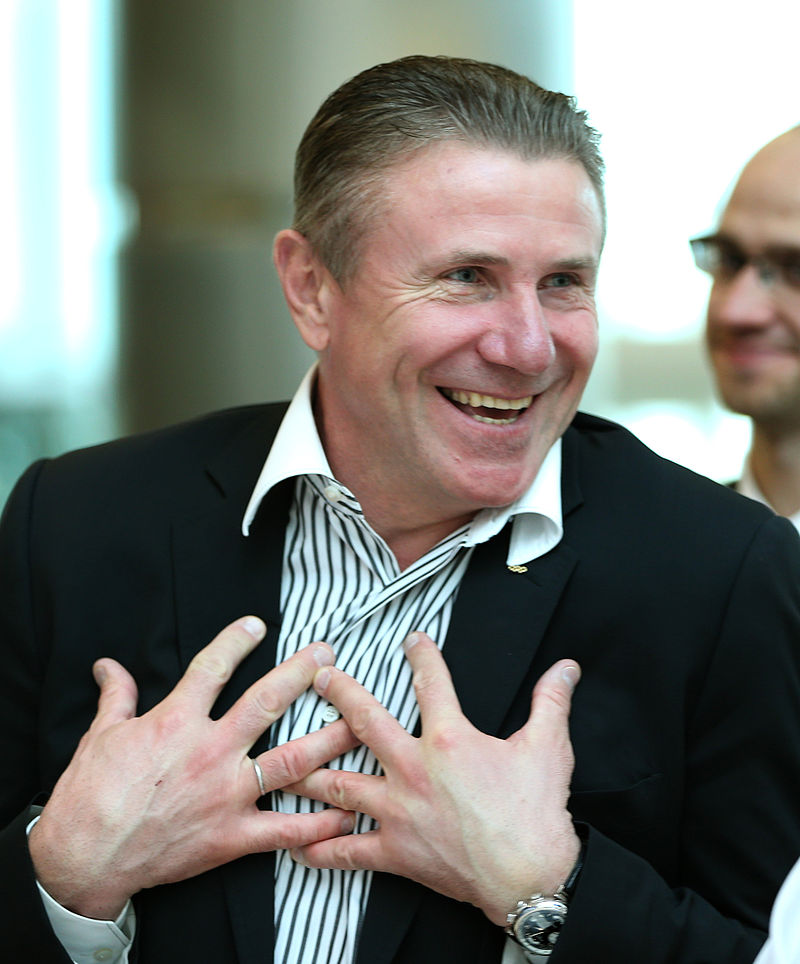 Sergey Bubka showed a natural talent for both sprinting and the long jump from a very young age. At the age of nine he took up the pole vault, setting him on his journey to becoming a world class athlete and one of the greatest pole vaulters in history. Physically and mentally strong, with an amazing gymnastic ability, he dominated the sport for more than a decade, winning an Olympic gold and six World Championship titles. It is widely recognised that he changed the standards in pole vaulting, smashing numerous records along the way. In fact he broke the world record (many of them his own!) an incredible thirty five times. Up until the dissolution of the USSR in 1991, he represented Soviet teams. In later years he competed for Ukraine.

Sergey first made his mark at the 1983 World Championships when, as a virtual unknown, he snatched the gold in the pole vault. This was the beginning of a long and highly successful career, and the first of his six consecutive world titles. In 1985 he became the first athlete to clear 6m - quite a remarkable achievement, which had long been considered to be unattainable.

Sergey experienced mixed fortunes when it came to the Olympic Games. Crushing disappointment came in 1984 when he was unable to compete in the 1984 Olympic Games, due to the Soviet Union's boycott. However, he did go on to win a gold medal in 1988 at Seoul.