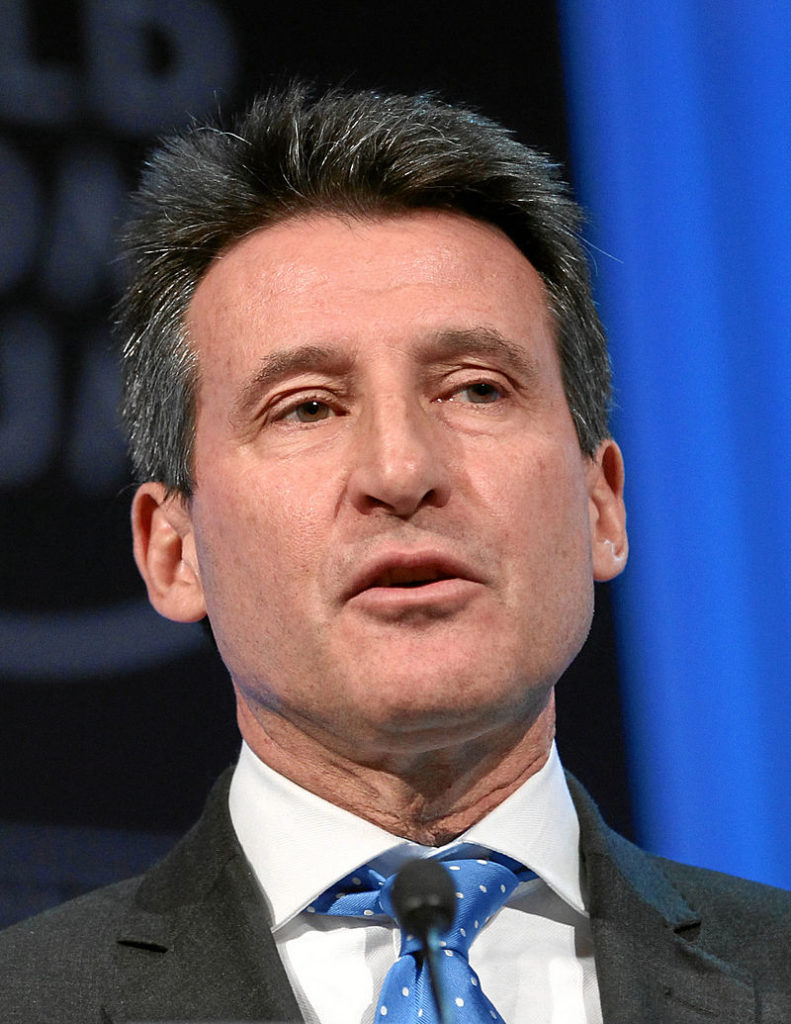 British politician, and former track and field athlete, Lord Sebastian Coe was one of the country's most successful middle distance runners during the 1980s. He won four Olympic medals (including two golds) and set many world records, including the world record for the 800 metres, which stood unbroken from 1981 to 1997.

Seb Coe joined the Hallamshire Harriers at the age of twelve and he soon became interested in middle distance running. It wasn't long before he was winning junior races, including the Yorkshire Cross Country Championship at the age of fourteen, and the English schools 3000m when he was sixteen. He went on to study at Loughborough University where he met well known athletics coach George Gandy whose effective strength and conditioning programme developed and improved his running.

Coe first made his mark in 1977 when he burst on to the international scene at the European Indoor Championships, winning the 800m event. In 1979 he cemented his dominance of middle distance running when he set three world records in the space of forty one days. He was also awarded BBC Sports Personality of the Year in the same year.

Coe went into the 1980 Olympic Games in a very strong position - number one in both the 800m and 1500m. Nevertheless, it was in no way a foregone conclusion that he would triumph in both races. This was particularly the case in the 1500m event where he faced stiff competition from long time rival Steve Ovett. However, in an unexpected turn of events Ovett won the 800m and Seb triumphed in the 1500m. Four years later he successfully defended his 1500m title at the Los Angeles Olympic Games.

Sebastian Coe retired from athletics in 1990 and decided to enter the world of politics. He was elected as a Conservative Member of Parliament for Falmouth and Cambourne in 1992. Unfortunately, he lost his seat in the 1997 election, but was given a Life Peerage to the House of Lords in 2000.

With his expertise of both the world of sport and politics, he was the perfect choice to head up London's bid to host the 2012 Olympic and Paralympic Games. He successfully led London to victory, with his speech at the 2005 vote in Singapore being seen as a key moment. He received widespread praise for his handling of the London games, which were seen as one of the most successful in recent years.

After the games, he was elected Chairman of the British Olympic Association, holding the post until 2016. He was also Vice President of the world governing body for athletics, the IAAF, from 2007, before being elected to President in 2015.