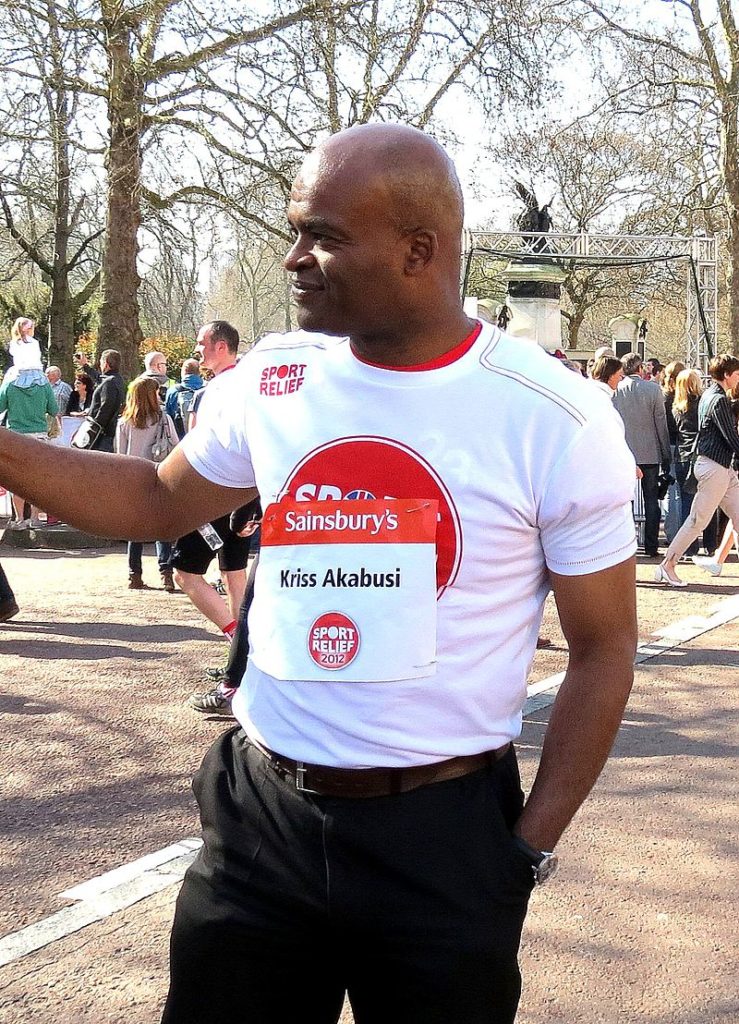 Following a spell in the army, Kriss began his international athletics career in 1983. Initially he specialised in the 400m, winning an Olympic silver medal as a member of the relay team. However, he switched to the 400m hurdles event in 1987, a move which proved to be very successful.

1990 saw Kriss win gold at the European Championships, breaking the long standing 400m hurdle record set by David Emery twenty two years before. He also won a gold medal in the 400m hurdles at the Commonwealth Games in the same year.

At the 1991 World Championships in Tokyo Kriss won a bronze in the hurdles, but was also a member of the 4 x 400m legendary relay team that snatched the gold from the Americans.

Following his retirement from athletics Kriss has forged a successful television career. His break into the world of TV presenting came when he joined the popular show The Big Breakfast. This led to a hosting slot on the legendary children's programme Record Breakers, which he joined following the death of the much loved Roy Castle. Other TV credits include appearances on Question of Sport, They Think It's All Over, Through the Keyhole and Last of the Summer Wine to name but a few.

Kriss is the CEO of The Akabusi Company and is considered to be one of the country's most accomplished business speakers. His engaging and fun personality has made him a firm favourite on the after dinner circuit, and for many years he has delivered inspirational keynote speeches at corporate events.

In 1992 he was awarded the MBE in recognition for his services to athletics.